PREPERATION FOR A NEW ARRIVAL

Our house has been blessed with a new arrival in the last few months. My new grandson has moved in just as he’s starting to move around. Its been some 20 odd years since our house had a wee one crawling around the floor, getting into everything, picking things up etc. We had let our house become child unfriendly. Despite knowing he was coming we hadn't really prepared properly. So I was intrigued when an article appeared in the August issue of Your Dog about how owners go about preparing, selecting and bringing in a new puppy to their house.
The emphasis of the article was more related to what research owners put in prior to getting a puppy. the article was written based on research carried out by Adaptil - The pheromone calming product range for dogs. The research took the form of a survey of 2000 puppy owners and some of the questions and answers were very interesting.

Sarah Endersby, vet advisor for Adaptil, said “It’s clear from the research that owners are simply not equipping themselves with all the information necessary to bring up a puppy in a healthy harmonious environment.”

A really good piece that highlights the need to carry out as much research as possible and be as prepared as possible before bringing in a new puppy to the house. The one thing that struck me though after reading this was that new owners can only really research breed specific traits. But what about rescue dogs, and I mean cross breeds. I know a lot of breed dogs end up in rescue like Staffies and Huskies to name a couple, and where this is the case research on these dogs can be done. But how do you research behavioral traits of a cross breed? What if you could tell what breeds made up your little scruff. 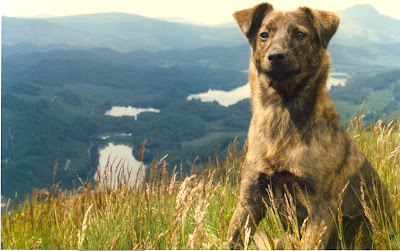 In 2011 the Kennel Club announced a new partnership with a company called Mars Veterinary who make a test kit called Wisdom Panel Insights dog DNA test kit. This test kit can determine the ancestry of a mixed breed dog by testing for more than 185 breeds. Just from a simple swipe of a cheek swab. By carrying out this test you can find out what the dominant breed is and then research what the breed traits are which in turn will help you manage those traits and prevent them becoming a behavior problem. Really useful, prevention is always better than cure.
Waggy tails to all.......:)

Posted by Tahamasadog at 06:14 No comments: