Not my usual blog entry however I though it worth mentioning on here also. We will be enrolling for new Puppy Foundation and Bronze level courses in July after we come back from a much needed two week vacation. We will be back refreshed and raring to go. Its been a busy old year. We successfully transferred our academy from the Torrance Community Centre to the Caldwell Halls, still in Torrance. The Caldwell Halls is a much more suitable venue for our training and we are pleased to be there. The upper hall is going through some refurbishment at the moment and when its finished later this week it will look great. Cant wait to get back in there on a Monday night. We introduced a class on a Friday afternoon this year and it is going well. It started off as a Puppy Foundation class but they have all graduated and it is a Bronze class now. Its going well but we want to add another Puppy Foundation class to the Friday afternoon at a different time though. As usual its slow to take off but we are confident that as word spreads there will be more demand.
This year also saw me join the board of Trustees for the Caldwell Halls Trust. I am really pleased to be part of this board an I look forward to helping to get the best out of the hall for the local community. I also joined the organising committee for the Baldernock and Campsie Agricultural show. On this committee I assumed the position of Dog Convener. I was asked if I would run the Dog show this year and was happy to accept. The show went ahead on Saturday 6th June. Unfortunately and right on cue the weather threatened to force the event to be cancelled. But we are a hardy bunch on the West Coast of Scotland and we were not to be put off lightly. The winds were gusting early in the morning and the rain was driven at times. However as if by magic at around two o'clock the clouds parted very briefly and the rain stopped long enough for us to run our six classes. Three show classes and three novelty classes. Considering the day it started out, the turnout was not too disappointing and everyone seemed to enjoy it. We are obviously claiming it as a roaring success because it was our first year as the organisers (obviously). But joking aside it ran very smoothly. There were a couple of little hiccups and there were some things that I think we could improve on for next year. But like everything else in life we learn by doing. If we are asked to organise next years event we have a few suggestions that might make it a bit more entertaining and last a bit longer. But I don't want to divulge anything just yet until i've talked it over with my team, who by the way were awesome for their first event. Couldn't have done it without them.

Here are some pics of the event. The first one is of the show field on the Friday before the event started. We spent all day Thursday and Friday setting it up. Then theres the show classes in full swing and finally the 'Best in Show'. Lesley MacGregor with 'Woody' the Gordon Setter and Barbara Elder our fantastic judge for the day. 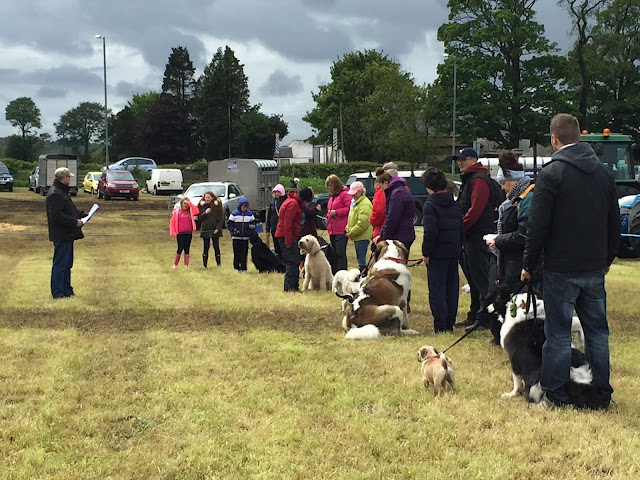 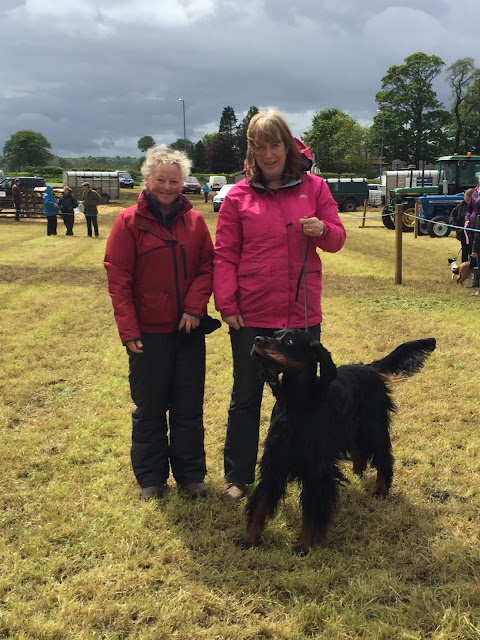 Posted by Tahamasadog at 02:54 No comments: