A GLASS HALF EMPTY

A psychology teacher walked around her class holding a half empty glass of water. The students were all waiting on the ‘half empty half full glass’ question. Instead the teacher asked “How heavy is this glass?” “8oz, 12oz” the replies came. In fact the actual weight of the glass doesn’t matter. How long I hold it is more important. If I hold the glass like this for five minutes there isn’t a problem. If I hold it for an hour my arm might start to ache. If I stand here and hold it for a day my arm might become numb and paralysed. But in each case the weight of the glass stays the same, but the longer I hold it the heavier it becomes.


Sometimes you have to remember to put the glass down.
Posted by Tahamasadog at 05:46 No comments:

The RSPCA have a fact sheet which you can download from their web site which is very useful. It describes how anyone involved with animals should aspire to providing the animals with the ‘Five Freedoms’.
It says it’s aspirational because there are times when they cannot always be achieved. For example before an animal will feed it may need to feel hungry. However it goes onto say that wherever possible animal keepers should strive to provide the Five Freedoms as far as possible. If you want more information you should visit the website. www.rspca.org.uk/animalcare.

1.FREEDOM FROM HUNGER OR THIRST.
by providing enough fresh water and the right type and amount of food to keep them fit.

2.FREEDOM FROM DISCOMFORT.
by making sure that animals have the right type of environment including shelter and somewhere comfortable to rest.

3.FREEDOM FROM PAIN, INJURY AND DISEASE.
by preventing them from getting ill or injured and by making sure animals are diagnosed and treated rapidly if they do.

4.FREEDOM TO BEHAVE NORMALLY.
by making sure animals have enough space, proper facilities and the company of other animals their of own kind.

5.FREEDOM FROM FEAR AND DISTRESS.
by making sure their conditions and treatment avoid mental stress.

I read an interesting article in ‘Canine Corner’ a column written by Dr Stanley Coren for ‘Psychology Today’ about dewclaws.

For those of you who are unfamiliar with the term, dewclaws are short claws or nails on the side of the dog’s foot which don’t touch the ground. Most dogs have dewclaws only on their front paws, and it is rare to find them on their back paws. There are some breeds who have them, like the Great Pyrenees.

In most cases however the dewclaws are nonfunctional. The dewclaws are an evolutionary throw back to some 40 million years ago. Back then there was a tree climbing cat-like animal. It is believed that this animal known as Miacis was an early ancestor of our modern dogs. Having five toes when you climb trees is obviously a great advantage. 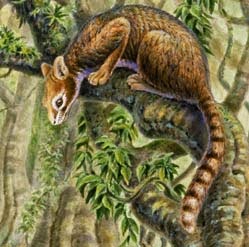 As evolution unfolded through the generations these creatures evolved into social hunters of fast moving prey. Obviously speed became a more important factor than climbing. This meant the physiology of canines had to change.
Evolution changed the way these animal walked to the point were they began walking on their toes. Evolution also gave them stronger and longer forelegs giving them additional speed. We humans required the dexterity to be able to manipulate things like tools and so our ‘dewclaws’ became thumbs.


Both the front and rear dewclaws are a concern for dog owners. They worry that they will catch on things when the dogs are running through bracken or long grasses in the summer chasing squirrels or looking for their ball. If they do catch they can be torn off and cause serious injury and maybe even become infected. For that reason some dog owners have the dewclaw removed. Some breeders remove dewclaws from puppies for the same reasons. This is very true for sledge runners in Alaska where owners remove the dewclaws from Huskies as puppies in case they tear off whilst running over rough ground. You can imagine it could be quite serious for a husky to get an infection in remote areas such as the Alaskan wilderness. For most however the dewclaws remain tight into the foreleg and never cause any problems especially if they are continually clipped. My own dog Laya has a ’sticky out’ dewclaw and I have lost count of the number of times her dewclaw gets caught.
Posted by Tahamasadog at 03:14 No comments: